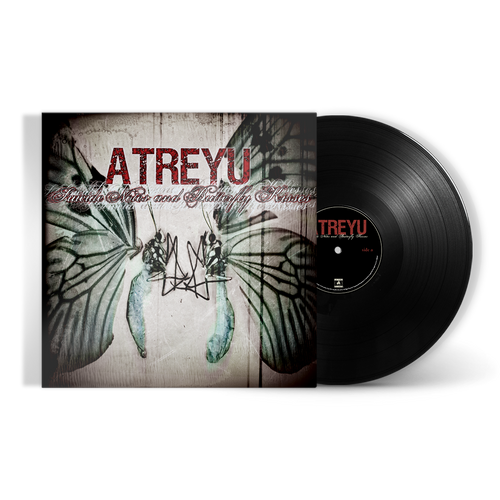 Suicide Notes and Butterfly Kisses is the debut studio album by American metalcore band Atreyu. First released on Victory Records in 2002, the album features re-worked versions of the songs "Living Each Day Like You're Already Dead," "Someone's Standing on My Chest" and "Tulips Are Better," which originally appeared on the band's 2001 EP, Fractures in the Facade of Your Porcelain Beauty. It also includes the singles “Ain’t Love Grand” and “Lip Gloss and Black.” This pressing commemorates the album’s 20th anniversary.