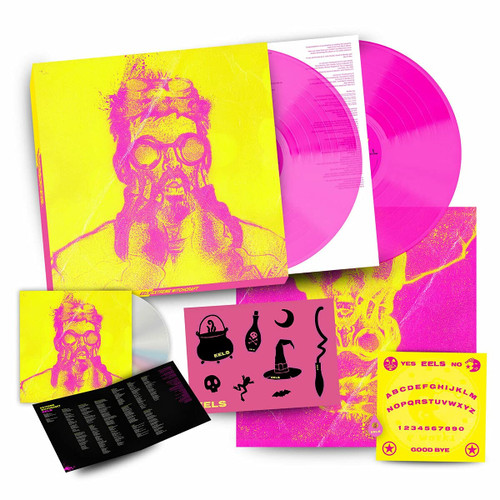 Eels have had one of the most consistently acclaimed careers in music. The ever-changing project of principal singer/songwriter E (Mark Oliver Everett), Eels have released thirteen studio albums since their 1996 debut, Beautiful Freak. During the height of the pandemic lockdown in early 2021, E got an out of the blue message from Mark Romanek, director of the first Eels video, "Novocaine For the Soul". It triggered him to reach out to John Parish, who was in between numerous projects and immediately got to work in his HonorSound studio in Bristol and began sending ideas to E. "I'd sneak out of bed at 4 in the morning to hear the latest thing John had sent, and try to add my part to it and get it back to him quickly before my 4 year old son woke up," E says. The resulting album is Extreme Witchcraft.