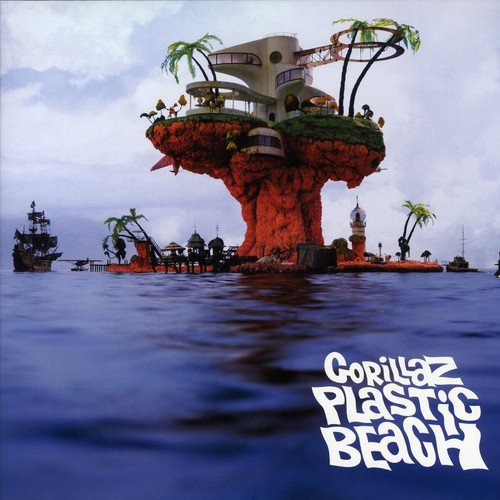 Gorillaz began as a lark but turned serious once it became Damon Albarn's primary creative outlet following the slow dissolve of Blur. Delivered five years after the delicate whimsical melancholy of 2005's Demon Days, Plastic Beach is an explicit sequel to its predecessor, its story line roughly picking up in the dystopian future where the last album left off, its music offering a grand, big-budget expansion of Demon Days, spinning off its cameo-crammed blueprint.