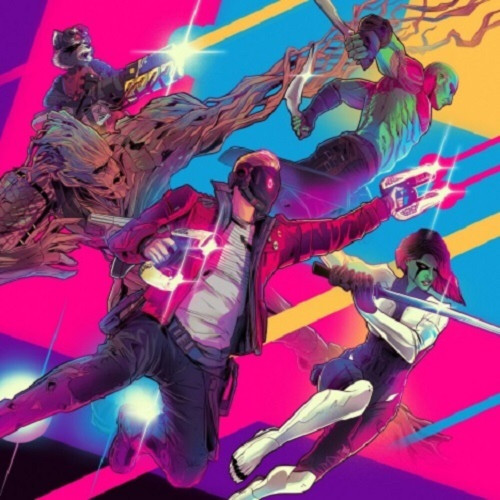 Mondo, in conjunction with Hollywood Records, is proud to present the official soundtrack release to the forthcoming video game Marvel's Guardians Of The Galaxy. The latest from Marvel, Eidos-MontrÃ©al and Square Enix (the creators of 2020's Marvel's Avengers) Marvel's Guardians of the Galaxy puts you in control of the universe's least likely heroes. As fans have come to expect, the world of Star-Lord, Gamora, Drax, Rocket Raccoon, and Groot is full of incredible music and this game is no different - this official vinyl soundtrack release features two discs of original music from the game. Disc One is entirely performed by the eighties underground heavy metal act Star-Lord Band. Their first and only album (Space Riders with no Names) is featured in it's entirety, never before released until now. Disc Two features selections from the incredible score by Richard Jacques, the perfect compliment to the visual space operatics on display. The vinyl package features original illustrations by CÃ©sar Moreno, and is pressed on 2x 180 Gram colored vinyl.