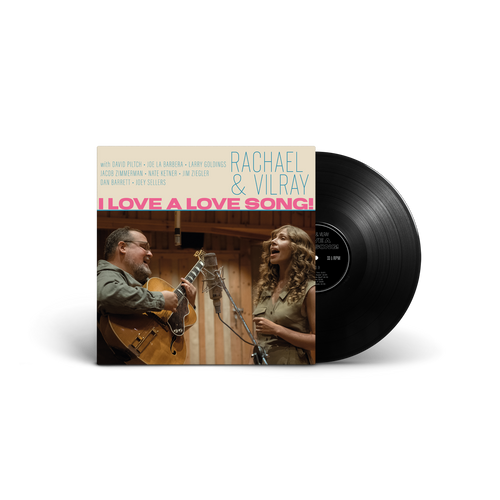 Expected release date is 13th Jan 2023. Note, product may be subject to changes in release date, as well as variation in characteristics such as track listing, cover art, and record color at the discretion of the manufacturer.

Combining Rachael Price’s singular voice with Vilray’s knack for songwriting, I Love a Love Song! showcases Rachael & Vilray’s respect for their jazz predecessors, taking the best of the past and creating something new.

Recorded at United Recording in Los Angeles, CA, the twelve-track album was produced, engineered, and mixed by Dan Knobler and features arrangements from Jacob Zimmerman . All songs were written by Vilray except for “Goodnight My Love,” which was written by Mack Gordon and Harry Revel.