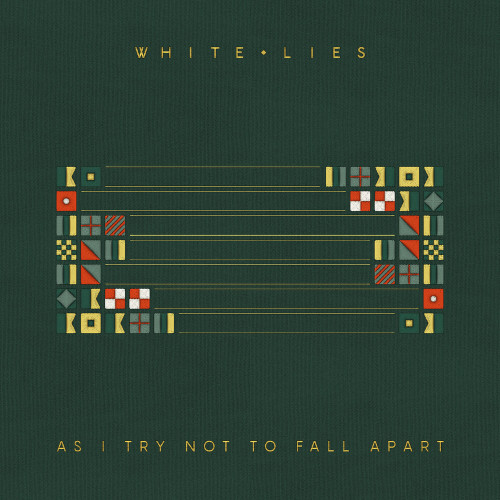 Arguably one of the biggest guitar bands in the UK, it's been well over a decade since the White Lies's breakthrough single "Deat"h introduced a group for whom the fragility of human existence has been a constant touchstone. Now in his 30s, chief lyricist Cave's outlook on the great unknown has evolved. "I think the side of death or mortality that I always find interesting is the fact we all know it's going to happen," he says, "and how different people navigate that." The followup to 2019's Five, As I Try Not To Fall Apart is their most expansive record to date, taking in explosive rock, electro-pop bangers, prog-inspired invention, funk-tinged grooves and some of their most indelible hooks yet. "We'll probably never make an album in the way we made this one again," says Cave. "I think this could be one of our best" says McVeigh. Recorded over two studio sessions, White Lies tested their resolve to get there, but they didn't fall apart. They have emerged with their most vital collection of songs in years.
Track Listing:
1. Am I Really Going to Die
2. As I Try Not to Fall Apart
3. Breathe
4. I Don't Want to Go to Mars
5. Step Outside
6. Roll December
7. Ragworm
8. Blue Drift
9. The End
10. There Is No Cure for It