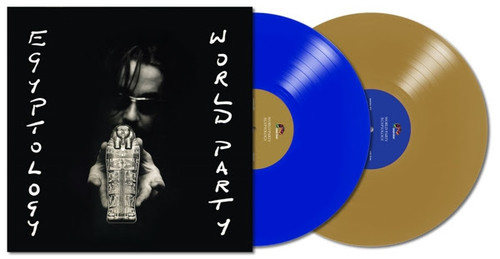 Egyptology is the fourth studio album by World Party, released in 1997 and now remastered in 2021 for a 2022 release. Featuring the Top 40 British single “Beautiful Dream” and the award-winning “She’s The One”, released with a gatefold jacket and a bonus side recorded Live in NYC 1997.  Available in limited edition, Egyptian Blue & Gold colored vinyl.