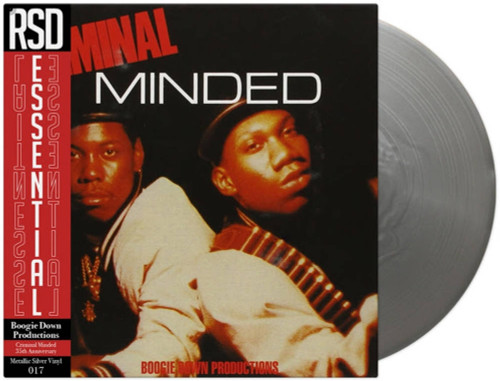 BDP's first album--and the only one to include the late DJ Scott La Rock--sounded harder than hell when it came out in 1987. Though the simple beat-box patterns on a few tracks sound dated, most of La Rock's tracks are bluntly effective, especially the AC/DC riff he appropriates on "Dope Beat." And KRS-One still performs most of his Criminal Minded rhymes, because his audience knows them word for word: the ultraviolent dancehall of "9mm Goes Bang," the battle cry of "South Bronx" (and its counterpart, the anti-Juice Crew screed of "The Bridge Is Over," with its little Billy Joel homage), the catalog of La Rock's condom collection on "Super-Hoe." KRS bloomed later; here, he just rocked.